Dysmenorrhoea is the medical name for period pain, a common condition that usually presents itself with cramps or a dull ache, mostly in the abdominal region but it can spread to the low back and the legs. It usually appears a few hours before the start of the period or right after it, and it usually goes away spontaneously in 2 or 3 days. Alongside the cramps, it is common to also suffer from other symptoms such as nausea, diarrhoea, constipation, mood swings and headaches.

Dysmenorrhoea can be divided into two categories:

Primary Dysmenorrhoea: when there is pain without an underlying pathology

Secondary Dysmenorrhoea: when pain is a due to pathologies such as endometriosis, adhesions, ovarian cysts etc.
Primary Dysmenorrhoea affects up to 60% of women during their fertile years. In 15% of these, the pain is so severe that it forces women to take a step back from regular activities, whether in terms of sport, school or work. For example, the impact on the economic system in the US alone is up to a $2 billion loss per year with 600 hours taken off work!

Interestingly, the age group mostly affected is that of women in their twenties and the numbers decrease by 10% after the first pregnancy, and by 19% after a second one.

For this blog, we will focus on Primary Dysmenorrhoea, since Secondary Dysmenorrhoea is caused by pathologies and we would therefore have to analyse each and every illness separately first in order to understand why it causes pain.

3 REASONS FOR THIS TYPE OF PAIN:
In the last thirty years, it has been reported that the mechanism behind period pain is an increase of the production of prostaglandins (PG) inside the womb. PGs are similar to hormones and regulate inflammation and pain sensibility. They are a product of the deepest layer of the womb, the Endometrium, but they mostly affect the middle layer of the uterus, the Myometrium.The middle layer is mainly made up of muscle cells, and therefore it is here that uterine contractions start. The presence of elevated PGs in the Myometrium causes abnormal contractions of the uterine wall, which decrease the blood flow which brings about the pain. All the other associated symptoms seem to be caused by the same mechanism.

PGs though, are not the only elements that influence the normal contractile function of the womb – Hormones also play a key role, specifically Estrogen and Progesterone. Different levels of these two hormones in fact lead to normal contractions. This is why contraceptive pills take period pain away. They balance the levels of hormones, helping to normalize uterine function and contractions.

A third hypothesis sees Vasopressin as another key factor. This is a hormone released by a part of the brain, and it decreases the diameter of uterine vessels and the flow of the menses itself through a stimuli on the production of PGs. Women affected by Dysmenorrhoea present with levels of Vasopressin four times higher than those who don’t have any symptoms.

HOW CAN OSTEOPATHY HELP?

To understand how Osteopathy helps with period pain, it is important to know that the function and the mobility of the organs in our bodies are regulated by nerves that usually generate at the level of the spine.

Looking at the womb, we know that its contraction and the reduction in size of its vessels are regulated by nerves coming from the spinal level where your rib cage ends(T10 –T12) while muscle relaxation and the increase of the diameter of the vessels is controlled by the bottom of your spine(S2-S4). A mechanical restriction of these spinal segments can influence the nerves going to the womb, leading to a dysfunction in its blood flow and contraction.

Adhesions are also able to decrease the function and mobility of organs, muscles, ligaments and nerves (Read more about adhesions here) and also increase the inflammation process, leading to irritability of the affected areas.

Dysmenorrhea is also affected by a decrease in the blood flow, and Osteopathy can effectively act on circulatory problems, leading to the resolution of period pain.

DO WE HAVE TO LIVE WITH PERIOD PAIN?
On average we have 13 cycles per year, for 40 years. That adds up to about 1560 days of pain. That is over 4 years of pain!

That’s way too many days, wouldn’t you agree?

As a woman, I would be dreading my periods as the thought of going through all those days of unnecessary pain is just unbearable.

It is time to take action as we shouldn’t just suffer with an issue that takes away precious hours. So, with effective and targeted Osteopathic treatment, you will most likely do away with your troublesome period pains! 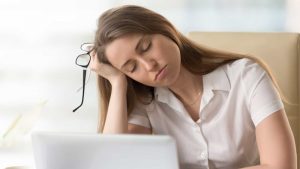 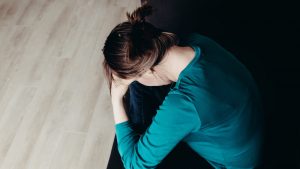 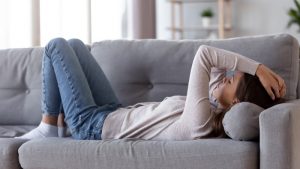 Recognition and Acceptance -Part One Chronic Fatigue Syndrome (also known as ME, myalgic encephalomyelitis, and widely referred to as ME/CFS) can take over your life